R. Bangla, officially Republic Bangla, is an Indian Bengali-language news channel launched on 7 March 2021 by Arnab Goswami's Republic Media Network. The channel was announced with the slogan "Kotha Hobey Chokhe Chokh Rekhe" (কথা হবে চোখে চোখ রেখে) (we will now see eye to eye).  The channel is the third launched by Goswami, after the launches of Republic TV in English and Republic Bharat in Hindi. Goswami himself has spoken of his ambition to launch channels in all states and regional languages across India. 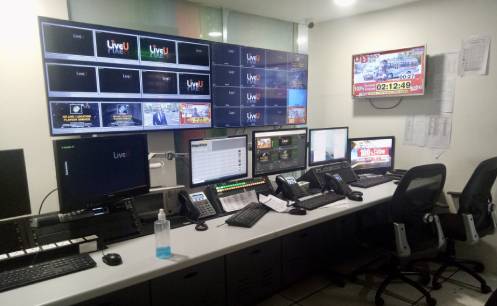 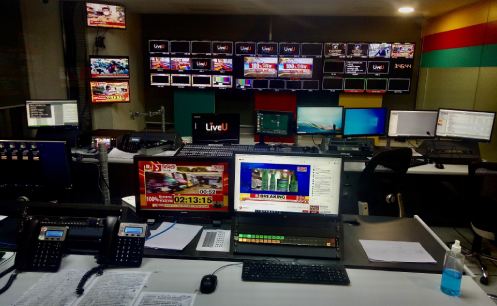 With the Super successful launch of the English & Hindi news channel, Mr Arnab Goswami decided to venture into the Bengali News channel. As a very satisfied customer, he called Cineom again to take this responsibility and rewarded this massive turnkey project in Kolkata with a critical timeline to Cineom.

The target in front of the Cineom team was to deliver a fully functional, state of the art news channel in a period of just one month. Cineom team accepted this timeline and delivered the project with the channel going on-air in precisely one month, setting a new record in the news channel project deliveries history.

It was a greenfield news project discussed earlier with customers, and products for news automation, scripting, playout, and ingest were, as usual, finalised around Avid technology, a state-of-the-art brand well-known worldwide for its news production.

Cineom played a significant role in defining the requirements and finalising the workflow. As a result, the Cineom team accomplished the below activities as a turnkey project delivery.

While doing the system integration work, many challenges were faced by the team; no extra help was possible due to the pandemic situation, and the Bengal infections situation was getting worse due to elections time. The team was working on the threat of getting infected, but the will to complete the project never got hampered by all these situations. Our team was working continuously during all those days without a break.

Cineom contributed and performed again to customers' satisfaction and delivered this project in a very stringent timeline. Cineom set up the quality mark in the news channel business in India, which brought them projects one after another. During the last four years, Cineom completed Eight (8) such news setups successfully. 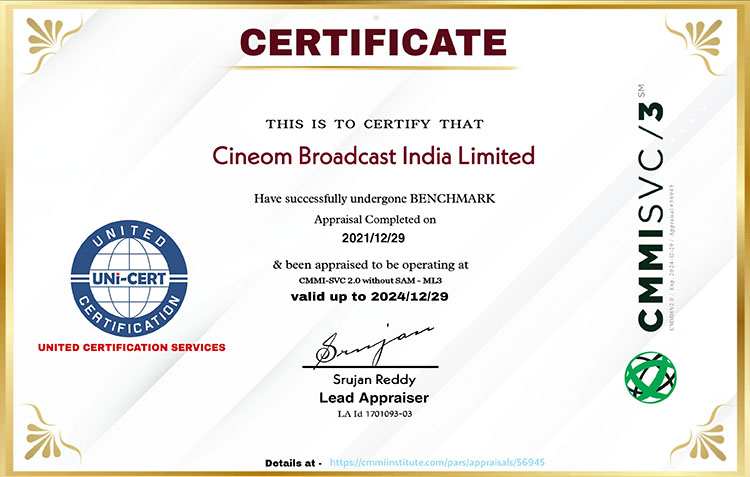 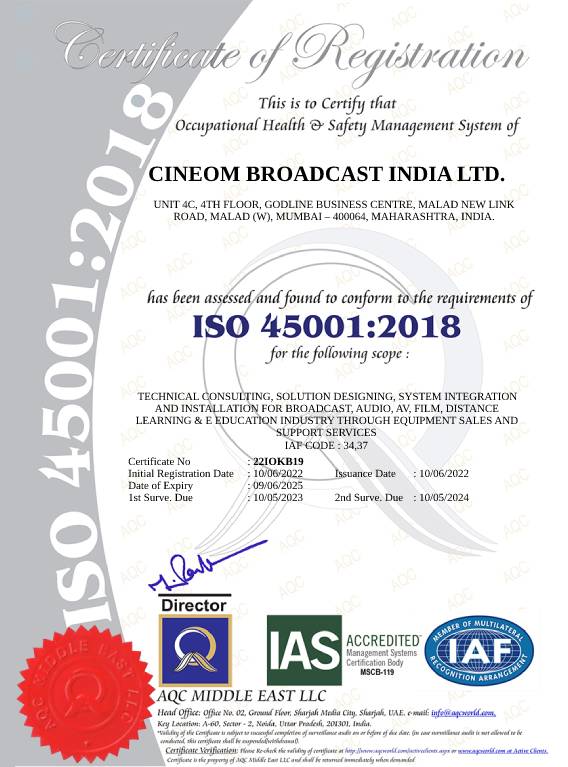